Catholic Q and A

What does the word “Amen” mean?
Amen is a Hebrew word which means “So May It Be”. Amen is used to confirm (or affirm) a promise or truth of God. Typically, it ends most prayers.

Why is the Feast of the Assumption of Mary sometimes called The Dormition of Mary?

In the Eastern Church, the feast of the Dormition of the Most Holy Mother of God is celebrated on August 15th. The Eastern Catholics believe that Mary did die and then was assumed into heaven. The word Dormition emphasizes that Mary “fell asleep” (i.e. died) before she was assumed.

What is the reason that we make the Sign of the Cross? 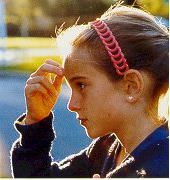 Catholics make the Sign of the Cross as a sign of respect to God and also as a means of requesting God’s blessings on themselves.

Where did the word “Gospel” come from?
The word “Gospel” originates from the Anglo-Saxon words “god” (i.e. good) and “spell” (i.e. tell). Restated in today’s language, Gospel means “Good News.”

If you read Luke 4:16-18, you will notice that Jesus used the words “Good News” as he appeared at the synagogue in Nazareth.

Does the word “Alleluia” have a meaning?
“Alleluia” was used by the Jewish people as a cry of praise and joy to God. It translates as “Praise the Lord!” Prior to the priest reading the Gospel during Liturgy, the congregation sings “Alleluia” to express their joy in soon hearing the Word of God.

What does the name Jesus mean and how did Jesus get his name?
The name Jesus means “the Lord saves”, in Hebrew Yehoshua. According to Jewish custom, Jesus received His name on His eighth day from His birth and at the same time of His circumcision. The eighth day is significant because it welcomes a new era after the seven days of creation.

The angel of the Lord gave this name to Joseph in a dream:

“Joseph, descendant of David, do not be afraid to take Mary to be your wife. For it is by the Holy Spirit that she has conceived. She will give birth to a son and you will name him Jesus – because he will save his people from their sins.”(Matthew 1:20-21)

“You will become pregnant and give birth to a son, and you will name him Jesus”. (Luke 1:31)